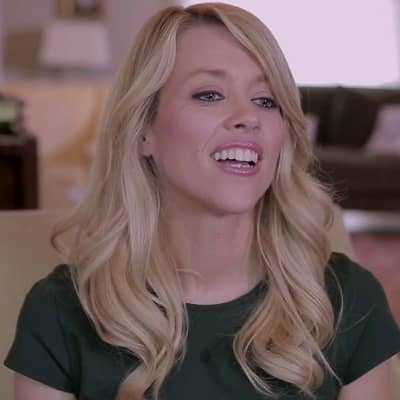 Dan Crenshaw, born Daniel Reed Crenshaw, is a politician based in America. He currently serves as a member of the 2nd congressional district in Texas. This is a position he has held for the past two years. Moreover, he is also a member of the Republican Party and a retired Navy SEAL soldier. Dan is married to Tara Blake. You can learn more about Tara Blake’s net worth, career, age, and personal life below.

Who Is Tara Blake?

Tara Blake is well-known for her work with suicide prevention campaigns and fundraisers for families of fallen service members. Beyond this, Tara is popularly known as the wife of the current United States Representative for Texas’s 2nd congressional district, Dan Crenshaw.

Like Dan, Tara comes from a Navy family, which inspired her activism for families with serving members. Her marriage to Dan brought her into the limelight, revealing many things about her.

The classic story of friends to lovers is how Tara and Dan Crenshaw ended up at the altar. Tara met Dan at a childhood friend’s home. At the time, Dan was serving as a Navy Seal. The friend introduced the two, and they sparked up a lively conversation. Before they knew it, they had a wonderful friendship just a few weeks after meeting.

Tara went on to invite Dan and other friends to a barbecue party at her home in California. She introduced Dan to her father, and they, too, became good friends. A week later, Dan finally asked out Tara on a first date. Tara said that Dan was a witty man with a sarcastic sense of humor.

The pair dated for a time before marrying each other. Tara noted that the qualities that she admired most about Dan were his thoughtfulness and intellect. Their chemistry was remarkable, and it was not long before Dan popped the question.

In August of 2013, Tara and Dan got married in a reportedly lavish ceremony with friends and family in attendance. It took place in Colorado, California. The lovely couple has remained in military bliss for seven years, destined to celebrate their 8th anniversary in August 2021. There are no reported rumors of infidelity or divorce from any of the two.

Dan has even used his Twitter account to wish Tara a happy anniversary by sharing a photo of the two back in 2018. The post expressed Dan’s undying affection for Tara. 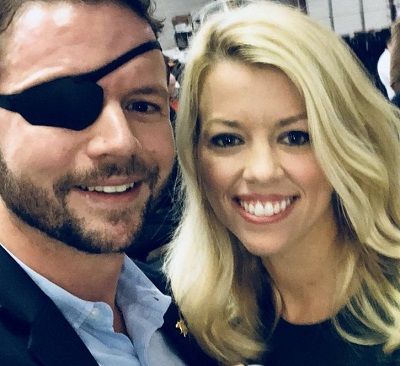 As for children, Tara and Dan do not have any children. Neither Tara nor Dan has not spoken publicly on the topic of children. Tara’s Instagram account shows that she is a proud ‘parent of two dogs.

Tara Blake was born in April 19, 1983, in New York. Her zodiac sign is unknown, but she is of American nationality and belongs to the White Caucasian ethnicity. Tara is 38 years old as of 2021.

As of 2021, Tara Blake has a reported net worth of $450,000. As a social activist, most of her wealth comes from her salary from organizations and events. It is estimated that she earns $30,000 to $40,000 a month from these sources. Other than that, Tara also ran the campaign for the Travis Manion Foundation. The foundation is dedicated to developing programs, opportunities, and events that empower veterans and the families of the fallen.

Tara’s involvement with this foundation comes as no surprise, as she came from a Navy family. During his duty in Afghanistan in 2012, he lost his right eye and had damage to his left eye. This happened after a deliberate explosion.

Unfortunately, the exact amount that she earns from her involvement in these foundations and campaigns remains unknown.

Before she became an activist, Tara was an LA dentist based in California. This was around the time that she met Dan for the first time. It’s unclear when she chose to change jobs or how much money she used to make at her previous work.

Tara was born into a Navy family in New York. She is the firstborn child of John Terence Blake and Nan Connelly. She was raised alongside two younger siblings, John and Erin Blake. Tara’s mother, Nan, is a graduate of the University of Maryland and is currently a homemaker, and her father is retired.

John Terence retired back in 2013 after a lengthy stint in the US Navy. There is currently no information available regarding her sister Erin. As for her physical appearance, she currently stands at 5 ft. 5 inches or 165 centimeters. She weighs 53 kilograms or 116 pounds. She has stunning blue eyes that compliment her long blonde hair.

Based on the way Tara presents herself, analysts have concluded that she has had some form of higher education, perhaps graduated with a bachelor’s degree. She is reported to have graduated high school as well. Tara remains a staunch activist and supporter of her husband Dan’s work as an American politician.

She has a public Instagram account dedicated to her activism brand. Tara also uses this platform to help her husband pursue his political ambitions.