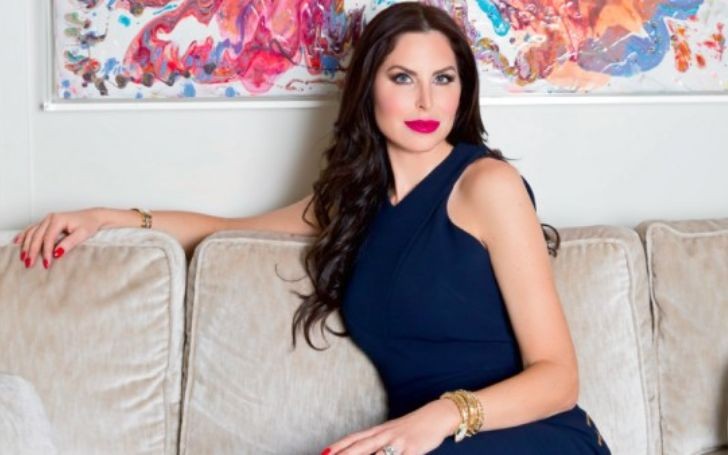 Today we’re going to write about a lady who has been fortunate to have been born to millionaire parents and married a millionaire husband. However, many of us best recognize her as Bret Baier’s wife. As Bret has been in the limelight in his entire career, his wife, Amy seems lost in the path. Thus, we have brought you some insights about her age, plastic surgery details, and many more. So please stay tuned. Also, know her parents.

Amy Baier, the famous wife of Bret Baier, looks like she’s in her 30s, but she is actually 43. Being born on May 7, 1978, Amy was raised in Chicago, Illinois. In addition, she was born to her mother, Barbara Hills, and her father, Paul Hills, and her parents still live in Chicago. As for her academic credentials, she went to Southern Methodist University in Dallas, Texas. Her father, Paul, is a founder of a healthcare medical device company named Sage Products based in Illinois.

Unlike many other stories, Bret and Amy have a unique beginning to their love story. They first met in 2001 in a blind date set up by their friend. On the other hand, Amy showed no interest, as she had just moved back to Chicago, and she was set up in a date with a guy who lived on the east coast. She even said,

“I’m not sure why they thought it would work, but they had a good feeling it would. They did warn me, though, to buckle up- that a life with Bret Baier would be an interesting ride.”

Hence, they went on their first date in Rolling Stones Concert, and surprisingly, Amy found him a real gentleman. Moreover, the couple stayed in a long-distance relationship for quite some time as Bret worked as a national reporter and lived on the east coast for his work, and Amy was in Chicago. However, later, Amy moved to Washington DC. The couple then finally tied their wedding knots in 2004. So far, they’ve been in an ecstatic marital relationship of 17 years. 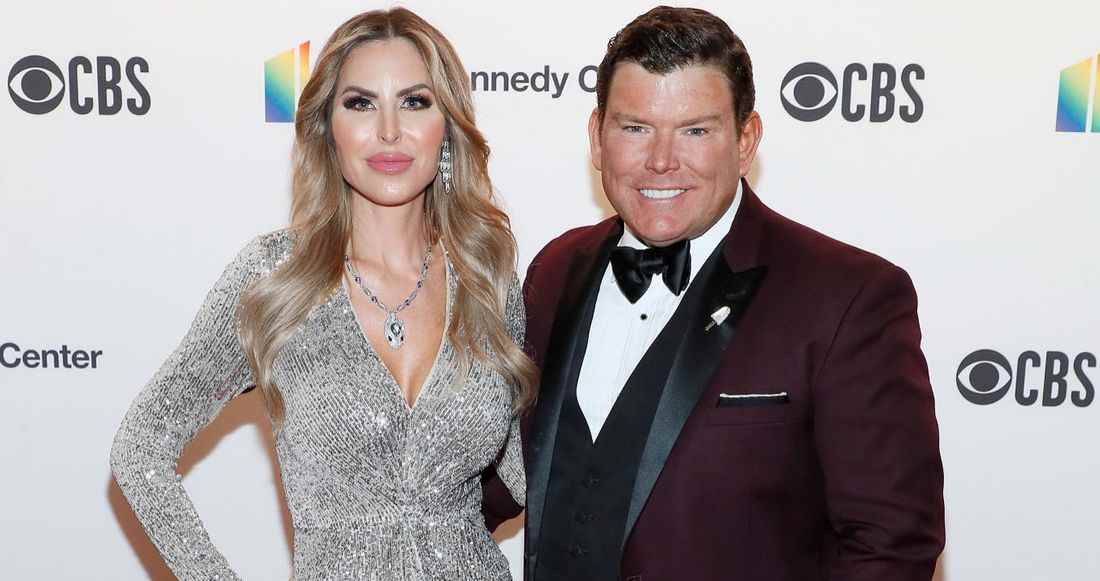 The beautiful couple is parents to their two beautiful children named Paul and Daniel. Their firstborn son Paul came into the world on June 29, 2007, and is 14 years old. He was reportedly born with an abnormality in his heart. Likewise, their second-born son Daniel also had some breathing issues at birth, but he is a healthy child now. He was born on July 10, 2010. 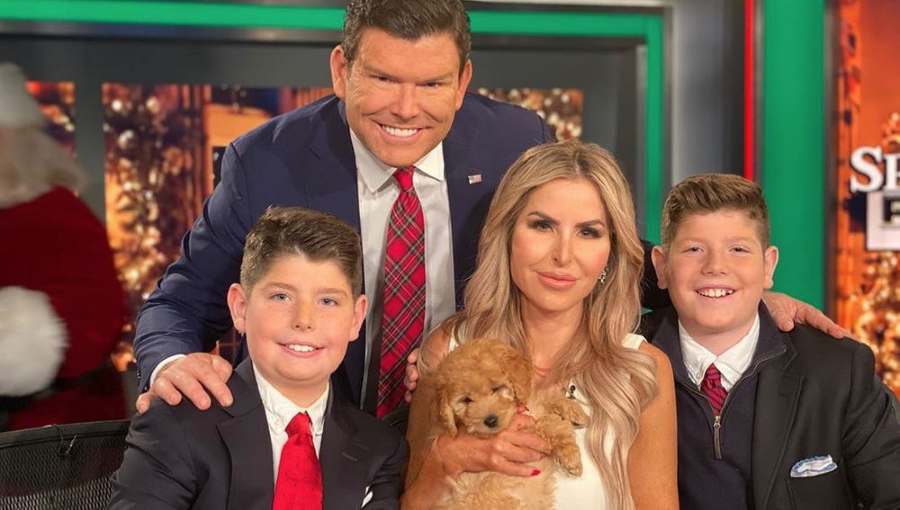 Amy Baier and his husband, Bret Baier with their sons, Paul and Daniel

Amy’s first child Paul has had multiple surgeries even at this age. When he was 12 days old, he was diagnosed with five congenital cardiac abnormalities and underwent an eight-hour open-heart surgery that saved his life. Baier stated,

“His heart was essentially pumping the wrong way, and we didn’t know before birth.” 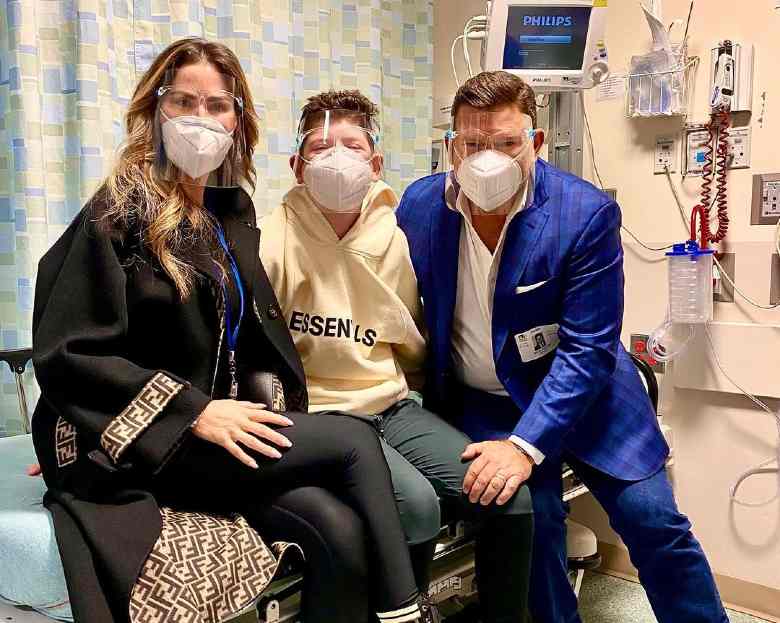 As we mentioned earlier, Bret Baier used to work as a national reporter when he was initially in love with Amy. So, undoubtedly he has continued his career so far now as a reporter, anchor, editor, and author. He is profoundly known to be the host on Fox News Channel in a program named “Special Report with Bret Baier.”

Additionally, he is also a chief white house and pentagon correspondent. He has anchored several shows such as House of Cards, Fox News Sunday, Media Buzz, The View, The Kennedy Show, Outnumbered, America’s Newsroom, Tucker Carlson Tonight, Fox and Friends, and many more. You all have probably assumed his worth after reading his career details. If you haven’t, let us tell you that Bret has an astounding net worth of $20 million to himself, and his salary is around $7 million per year at the moment. So he basically has a luxurious lifestyle.

Bret’s wife Amy has never admitted that she has gone plastic surgery in front of the media. We guess this is just a baseless rumor that has floated on the internet. Since her appearance in the past few years have pretty much changed, people might have come across this thought.

But to be honest, her lips have changed in the past couple of years, but we cannot assure you if she went through cosmetic surgery. We lack medical proof and her self-statement regarding the surgery, so, let’s not speculate anything about it.

Amy and her family had a serious accident in Montana.

Bret, Amy, and their children had a severe accident while on a trip to Montana. The accident took place in January 2019, when Bret was driving SUV, and he lost control of the car after he hit a patch of ice. Their car then slipped to the pickup truck coming in the way and lurched into a canal, causing the vehicle to overturn. Thankfully, the pickup driver stopped the truck and helped them reach the hospital.

Amy has a tremendous net worth as she is the only child of her millionaire daddy. However, she prefers to live a humble life and be generous. Thus, in 2014, Amy raised more than $11 million for Children’s National Medical Centre. Despite being a wife and daughter of a millionaire, she hasn’t revealed her net worth.

You can find Amy on her Instagram, where she quite often shows off how beautiful her family is. She has accumulated more than 13.8k followers on the platform. Also, on Twitter, she has 1600 followers. You need to follow her on the Instagram platform to get an idea of her lifestyle better.