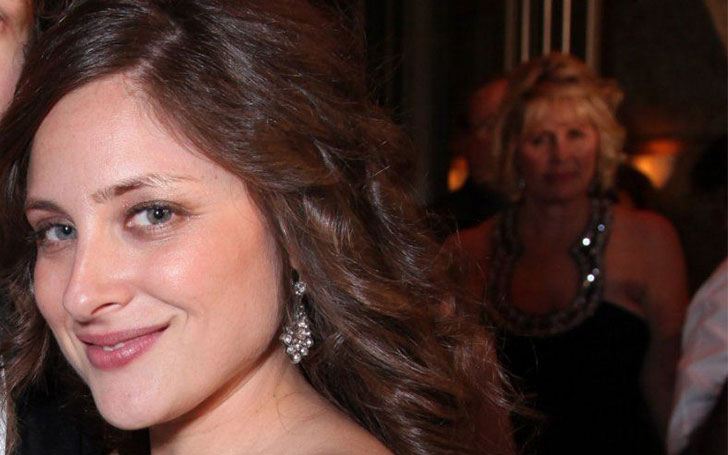 We have written enough about the high-profile celebrities, but it would not be fair if we miss out on their spouse. Notable American actor Jesse Eisenberg’s wife, Anna Strout, is one name that we should let you know about. Anna is a business manager and assistant producer, but she owes it to her husband wherever she stands. Hence, let’s get to know about the lady’s age and biography details below.

Who is Anna Strout? Early Life

Jesse’s wife Anna has turned 38 years of age on May 13. She was born in the year 1983. If we talk about her childhood, she has become somewhat of a philanthropist from a very young age, as she grew up watching her mother help abused people.

Anna is married to the famous Hollywood actor Jesse Eisenberg. The couple has been sticking around together with each other during their thick and thins since 2002. When they first met each other on the set of The Emperor’s Club, Strout was just an assistant to Lisa Bruce. They dated for a long time and separated in 2012, but the reasons behind their separation are still unknown.

In fact, after a year of their breakup, the actor started seeing co-actor Mia Wasikowska in 2013, but his relationship with the star did not last long. Finally, in 2015, he got back with Strout, as she was, after all his first girlfriend. However, the couple did not announce it until 2016. In an Interview taken in 2011, the actor mentioned that Strout was his first love, and he had never dated anybody else in his life. But again, he said that before he dated his co-star.

Finally, after overcoming many hurdles in their relationship, the duo got married in 2017. They welcomed their firstborn son in late 2016, before their marriage. Their wedding dates and venue is concealed, just like their son’s identity. 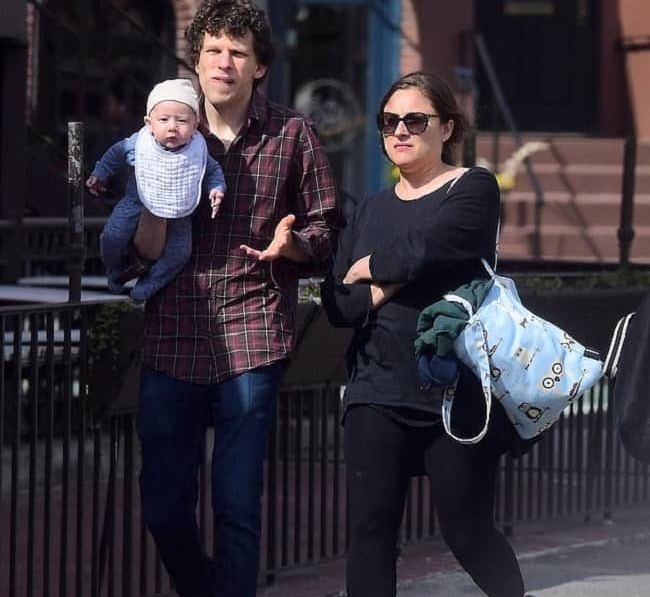 A Production assistant, Anna Strout, and her husband, Jesse Eisenberg, and her son

According to his IMDb, he has 49 acting credits, among which two of them, Manodrome and The Medusa, are in a pre-production state. It also mentions that he had been nominated for Academy Award for the role of Mark Zuckerberg in the movie The Social Network (2010). According to celebrity net worth, the actor has around $12 million to himself. He generated this huge amount from appearing in a minor series Get Real to giving a blockbuster movie like The Social Network.

An actor and A playwright, Jesse Eisenberg and his wife, Anna Strout

Anna Strout Career and Net Worth

It would be very difficult for Anna to launch her career if she were not connected to the actor. After her husband established her in the industry, she had her first music coordinating credits for the documentary movie Fire and Ice: The Winter War of Finland and Russia.

Furthermore, she also worked for the movie, Don’t Say a Word as a production assistant. Following the success, she eventually became an assistant business manager for the movie Digital Man/Digital World in 2011. With the hard work and dedication she puts into her work, she has been able to make herself a net worth of more than $1.5 million.

Being a wife of an actor, people expect you to meet some beauty criteria to keep up with your partner. In this case, you don’t have to worry about her appearance as she is drop-dead gorgeous and no less than her husband. In fact, she stands tall at an average height of 5 feet 4 inches and weighs around 53 kg (116 lbs). Her body measurements are currently out of sight, but she looks beautiful with blue eyes and brown hair.