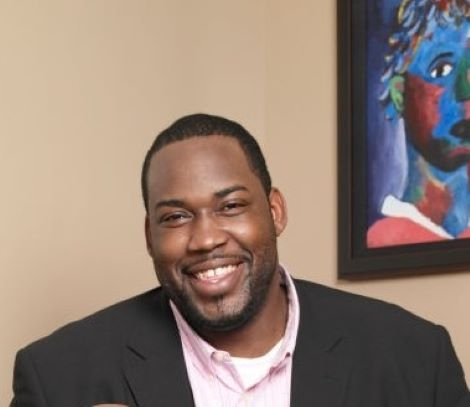 Christopher Jarrett Medina Gardner is the son of the famous American businessman and motivational speaker Chris Gardner and his girlfriend, Jackie Medina.

Born on January 29, 1981, Christopher Jr. had a troublesome childhood. We will talk about it later in this article. But he is the CEO of a fitness company called pursuFIT, as he has written on his LinkedIn profile. Uncover relevant information about Jarrett Medina Gardner right here in this article.

When Christopher Jr. was born, his mother, Jackie Medina, left his father due to some issues. Later on, Junior Chris started living with his father.

Gardner was in a bad financial situation then. However, he accepted the challenge to bring his son up, and they lived for a year without any place to call their home. Gardner improved his financial situation slowly and reunited with Jackie again. They had a daughter, Jacintha, in 1985.

Christopher Jarrett Medina Gardner is 40 years old. He is also a graduate of psychology from Johnson C. Smith University. He has a good career as a CEO of a fitness company.

He has said on different occasions that he never felt that they were homeless. What he remembers is that they kept moving from place to place. His father was always around him all the time, no matter what.

The man seems to be single these days. Not much information is available about his relationship.

There is no clear information available about the net worth of Christopher Jr. However, we can assume that he earns a lucrative amount as the CEO of a fitness company. While his father’s net worth is $60 Million, his net worth is yet to be updated.

Many people confuse Christopher Jr. to be the son of Chris Gardner and Sherry Dyson because they were married. He was born while Gardner and Dyson were still married. But the reality is a bit different.

The biological mother of Christopher Jarrett Medina Gardner is the girlfriend of Chris Gardner named Jackie Medina. Gardner was in a relationship with the dental student while he was married to Dyson. This relationship and other differences between Gardner and Dyson led to their divorce.

However, Gardner and Medina never married but had two children together – Christopher and Jacintha.