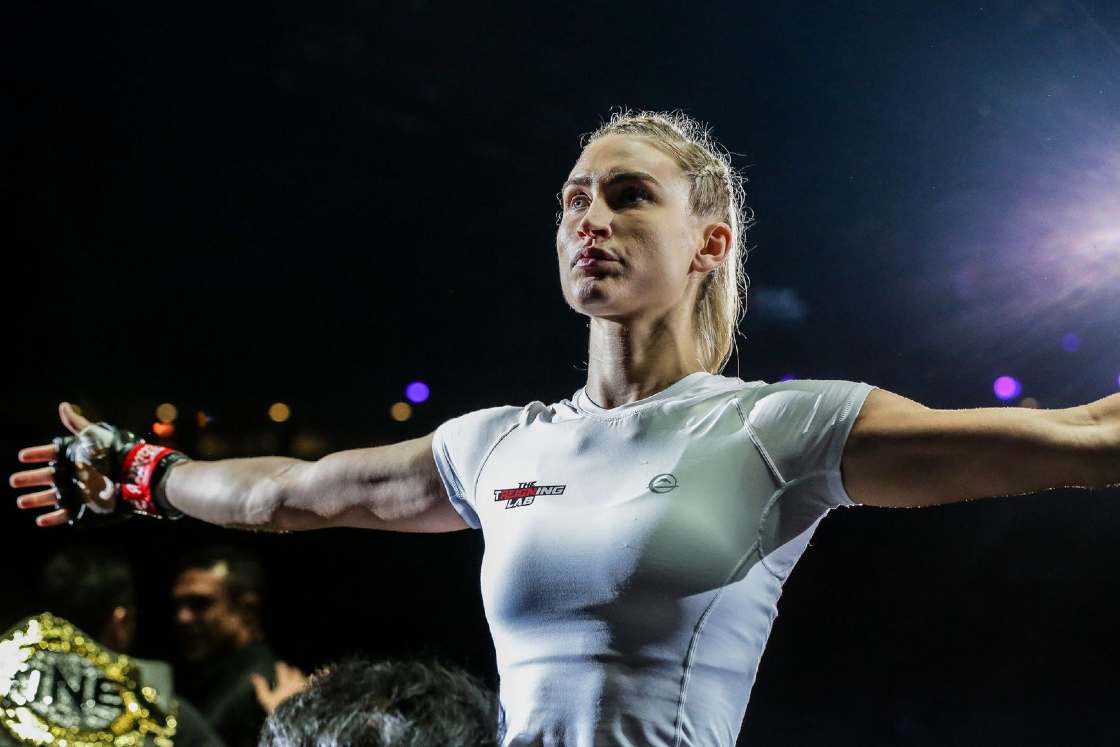 If you’re into Martial Art and MMA championships, then you might have known Colbey Northcutt. She is an MMA fighter and Sport Karate World Champion, but she is a daughter, sister, and wife to somebody before that. She excels in every role of her life and still manages to conquer her battles. Hence, today we’re writing about this inspirational lady who has been an idol to many of us. So please stay with us to know her age, husband, and career details.

Who is Colbey Northcutt? Age and Early Life

Colbey Northcutt is a fierce martial artist from Texas. She has won multiple titles in karate, boxing, and jiu-jitsu, among other martial arts disciplines, and she is currently signed to ONE Championship. The martial artist was born on March 29, 1993, in the United States and is 28 years old. Her accomplishments did not come effortlessly, but she trained in karate since she was seven years old.

Her father, Mark Northcutt, an aikido and Shuri-ryū karate black belt, groomed her. Indeed, the passion for martial art runs in their family blood. As a result, she has spent her whole life competing in Martial Arts Tournaments, winning 79 World Titles. Furthermore, regarding her education, she went to college and pursued her communications and journalism degree in December 2016. Besides this, she has put all of her focus into her MMA career.

Colbey Northcutt is Married to a Husband Raymond Daniels

Colbey is married to her husband Raymond Daniels, who also happens to be an athlete. They are certainly a match made in heaven. They first started seeing each other in 2017, and they were very open about their relationship from the very beginning. After being in a romantic affair for four years, they took their love story a step further.

The duo announced their marriage on their social media in July 2019. They finally took their wedding vows on August 23, 2019, in front of their family, friends, and some high-profile guests. Their wedding ceremony took place in Wilson Creek Manor, Temecula, California, and was officiated by Bobby Schuller. As for their children, they have not yet planned to conceive one to date. However, they are parenting Raymond’s son Ray Jay. He is now 22 years old, but his mother’s identity has not been disclosed by his father yet. 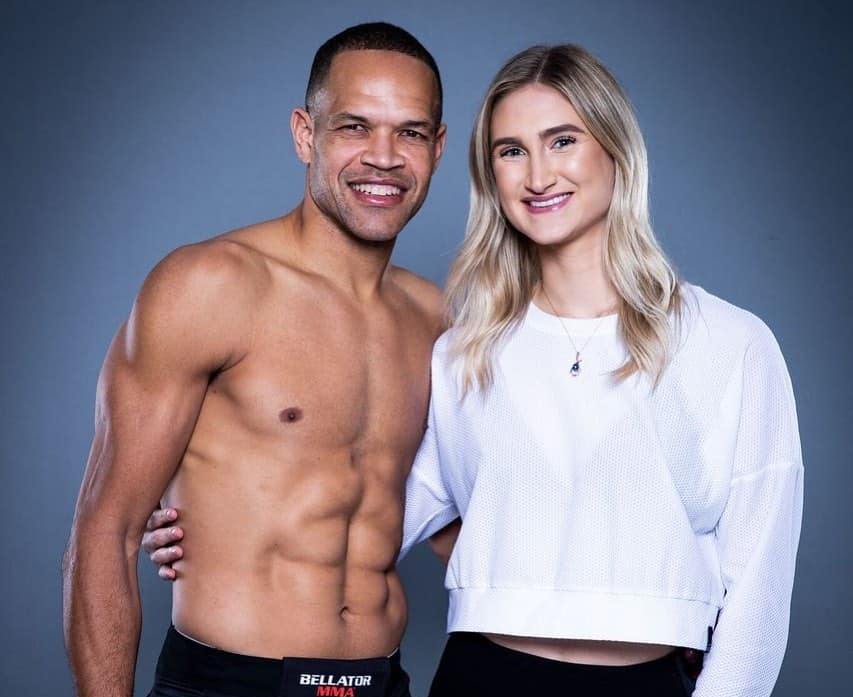 An MMA fighter, Colbey Northcutt with her husband, Raymond Daniels.

Colbey has worked day and night to achieve the position she is in right now. She has been working since the age of seven to make a career in MMA. As a result, on October 21, 2012, she debuted as an amateur mixed martial artist. In the first round, she defeated Jessica Martinez with a rear-naked choke. Despite losing her next fight, she went on to win the Legacy FC Women’s Amateur Bantamweight Championship. In addition, on June 23, 2017, she made her professional debut against Courtney King with Legacy Fighting Alliance. In the second round, she was knocked out via TKO.

Furthermore, according to reports, Northcutt joined ONE Championship on November 5, 2019, and on November 22, 2019, she fought with Putri Padmi in Singapore. As per her latest record, in 2021, she defeated Courtney Martin via submission at 2:28 in Round 1. You can check all of her amateur and professional records under this link.

Colby’s husband, Raymond Daniels, is a Kenpoist, Karateka, Tae Kwon Do practitioner, kickboxer, and mixed martial artist. He is the current Bellator Kickboxing Welterweight Champion and competes for Bellator MMA and Bellator Kickboxing. He began his karate career as a junior competitor in sport karate tournaments. As a result, he became a highly ranked fighter in the National Black Belt League (NBL) and the North American Sport Karate Association (NASKA) by the age of 19. With his business partner Steven Horst, he now teaches at World Champion Karate in Orange, California. Besides, Daniels is currently the co-founder of “ICE Martial Arts,” a personal training and nutrition facility.

Yet to mention, artist Colby’s brother Sage Northcutt with whom she grew up, is also a mixed martial artist. He has professionally fought in the welterweight and lightweight divisions of the Ultimate Fighter Championship. Colby’s brother is no less than her, as her brother, at the age of nine, has created a history by becoming the youngest person to appear on the cover of Sport Karate Magazine.

Apart from his MMA career, he is also a successful model and has excellent academic merits. He is currently pursuing his Petroleum Engineering degree at Texas A&M University. Furthermore, Sage earns more than $120,000 in each fight, and his net worth is estimated to be around $320,000. 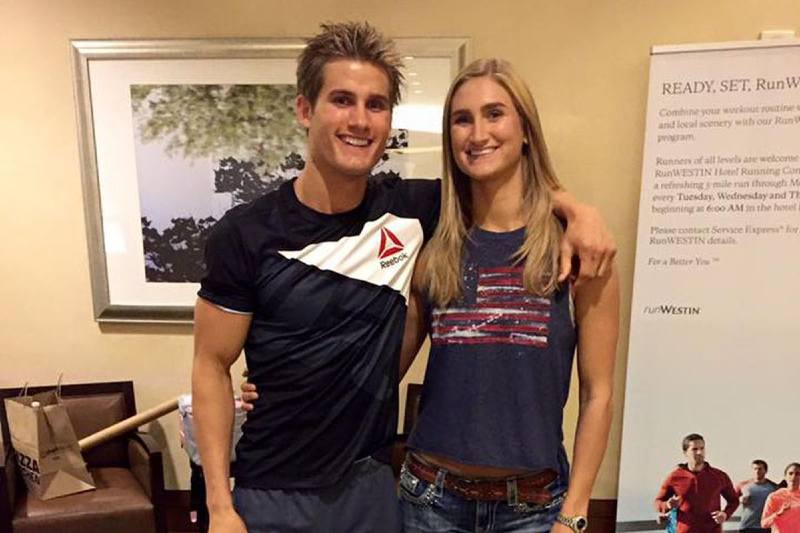 Colby stands at an excellent height of 6 feet and weighs around 60 to 66 kg. Furthermore, the artist is actively present on Instagram with a verified account. Also, she has gathered more than 85k followers on the platform. Likewise, she is on Twitter with more than 7000 followers at the moment. However, if you want to keep yourself updated with her happenings, you should follow her on Instagram, as she is most active there.