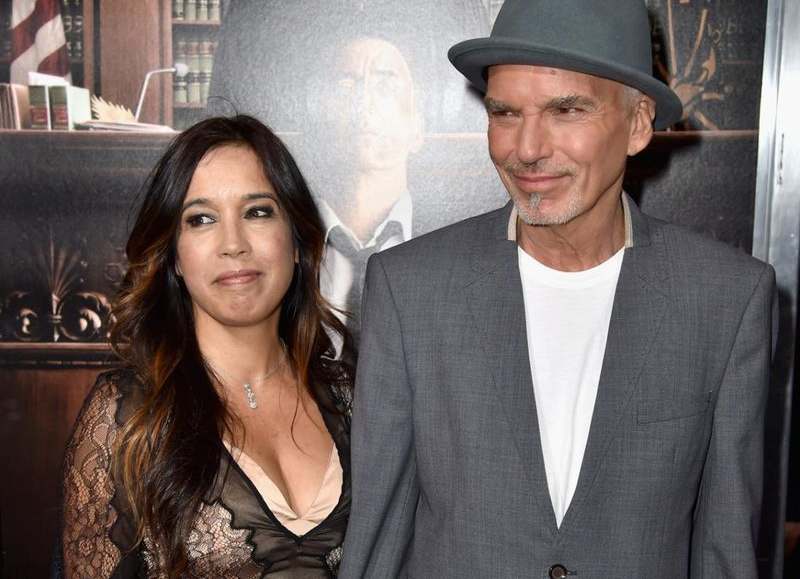 Connie Angland is a behind-the-scene star who had spent more than two decades as a special effects makeup artist, puppeteer, and costume designer. She is also the sixth wife of Academy Award-winning actor, writer, and director Billy Bob Thornton. Going through this article, you will know about her career, facts about her husband and his marriages. Her dedication to a successful future, along with her married life, is worth reading.

Who is Connie Angland? Age, Ethnicity and Early Life

Connie, born on October 22, 1964, originally belongs to LA, California. Her mother is Angie Pepper, who later married Walter Murch, the three times Oscar-winning film director, editor, and writer. Her father’s identity has not been known yet whom Angie divorced while Connie was very young.

Connie belongs to the British Irish ethnicity. She has a sister Carrie Angland, a half-sister Beatrice Murch and another half-brother Walter Slater Mulch. However, details about her educational qualification are still unknown. She might have completed high school or graduated from university as she was raised in a wealthy family.

She initiated her career behind the camera as a miscellaneous crew and as an exceptional makeup artist. Connie worked as an animatronic engineer in the horror movie ‘Arachnophobia’ in 1990. She expanded her career as a puppeteer later in the mid-1990s and worked in films like ‘Demon in the Bottle,’ ‘Petshop,’ and ‘Puppet Master’ series.

She was a part of the ‘Men in Black’ series as a makeup artist. Also, she performed the role of special effects technician in films like ‘Planet of the Apes,’ ‘Stigmata,’ ‘Big Momma’s House.’ Though she is highly active in her professional life, she is inactive in social media.

Connie wed Billy on October 22, 2014, on a private wedding ceremony attended by family members and special guests in Los Angeles. Angland is the sixth wife of Billy.

The couple first met in 2002 on the set of the film Bad Santa for which both of them have worked. After Billy’s divorce from Angelina Jolie, they began to date and made their first appearance at Cannes in May 2004. Later in September, Connie gave birth to Bella Thornton. Billy loves his daughter very much and can do everything for her. Billy made the wedding happen.

Many tops and bottoms came in their marriage life. Allegations were made over Billy for betraying Connie and came along with Amber Heard by Johnny Deep, then-husband of Amber Heard. But Billy refused it. The stability of his marriage with Connie to this date also falsifies the allegations over him. Among the six marriages, his last marriage remains longer and is stable since this date. 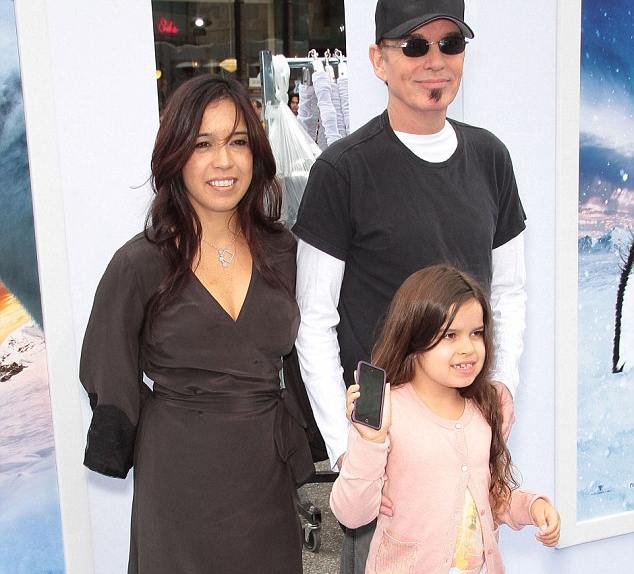 A behind-the-scene star, Connie Angland and her husband, Billy Bob, and her daughter

Billy had a daughter Amanda Brumfield from his first wife, and two sons William Thornton and Harry James Thornton, from his fourth wife. His daughter Amanda is in 20 years imprisonment for accusations of killing the one-year-old child of her friend since 2008. Harry is in the film industry and works as an assistant property manager.

Billy Bob is an Academy Award-winning actor, writer, and director. Currently 67, Bob was born in August 4, 1955, in Hot Springs, Arkansas. He is the child of William Thornton and Virginia Roberta. Billy has a brother named Jimmy Don. He completed his high school education at Malvern High School and later joined Henderson State University to study Psychology but later dropped out.

Bob commenced his musical carrier in 1974. He made his debut in the South of Reno in 1980. Later, he acted in Hearts Fire, One False Move, Tombstone, and many more. He is the Academy Award-winning director and writer. The film was released as “Sling Blade.” Billy won his first Academy Award and Golden Globe Award. His screen hits include the TV version of ‘Fargo,’ ‘Monster’s Ball Bandits,’ ‘Armageddon,’ ‘Bad Santa,’ ‘A Simple Plan,’ ‘Friday Nightlights,’ and many more.

Bob’s role in Hollywood as a writer, producer, director, and actor is magnificent. He won many awards and achievements like the Academy Award, Golden Globe Award, Chicago Film Critics Association Award, Writers Guild of America Award, Independent Spirit Award, and many more.

Bob has accumulated an income of about 40 million dollars. 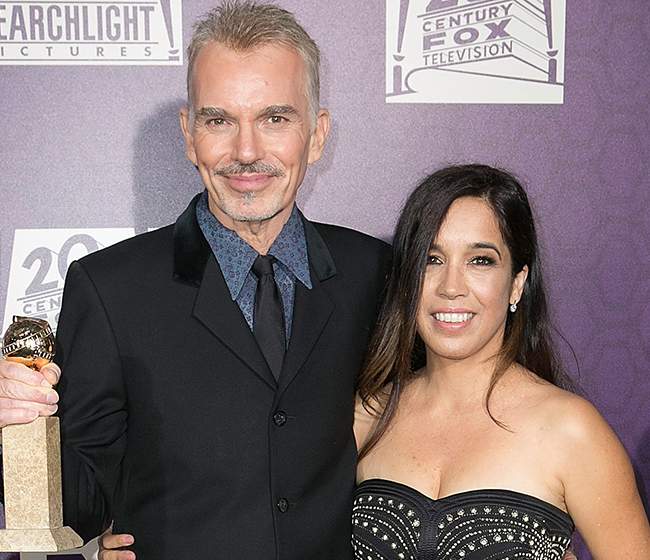 A behind-the-scene star, Connie Angland, and her husband, Billy Bob

She has black eyes and brunette hair. The diva is 5 feet 3 inches tall and weighs 55 kg. Her chest, waist, and hip measurements are 34, 28, and 34 inches, respectively.