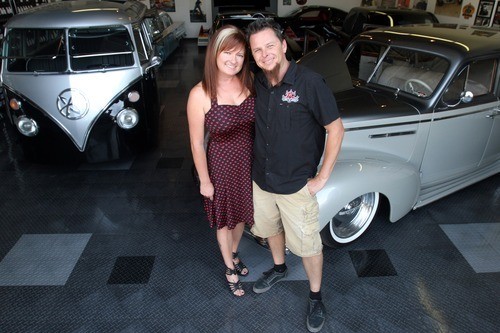 David Kindig, famous as Dave Kindig, is a popular designer of classic luxury cars. He is the President, Owner, and Designer at kindigit.com. The Kindig It Design Company is the custom car fabrication shop that Dave established.

Kindig was born in Salt Lake City, Utah, on February 6th, 1971. There isn’t much information about his past or his parents.

He had an interest in car designs from an early age. The older he grew, the more passionate he became about the car designs. He took up designing as his career after completing his education.

Working as a graphic designer, he got a chance to travel and meet car designers and builders all over America. During his eight-year-long career in a high-performance coatings company, he sharpened his skills and learned a lot about car designs.

David Kindig is married to Charity Kindig since 1992.

Dave is married to a beautiful woman called Charity Kindig. He met Charity at a dance club and fell for each other. The couple dated for a long time before they got married in 1992.

Although the Kindig family is well known in public, they are careful about sharing personal information. David and Charity both haven’t shared much information about their family. They even don’t talk much about their relationship. But, they got married two years after Charity graduated from high school.

David Kindig’s wife Charity also had a similar interest as Dave. She would get fascinated by the car designs and was curious about the designing art. The same interest of her made her involved in her husband’s business. She is the co-owner and the vice-chairperson of the company.

The duo has been blessed with two gorgeous children from their union. All the members of the Kindig family are in the business that David established. They have been giving the company a new height together.

Charity Kindig was born in Salt Lake City, Utah, but she hasn’t shared her date of birth with the public. She graduated high school from Alta High School in 1990.

The designer couple married in 1992 and has been blessed with two kids. They have a son named Drew Kindig and a daughter named Baylee. Both their son and daughter work in their father’s company, Kindig It Design Inc.

Their daughter, Baylee, got married in 2018 to her boyfriend. She was in a relationship with Kaden, a barber by profession, for a long time. Dave had taken to his Instagram and posted a photo congratulating their daughter and son-in-law on their marriage. He has congratulated the newly married couple saying that he and his wife could not be happier. 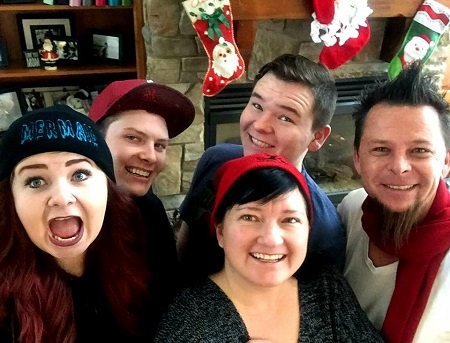 Now that their daughter is married, Dave and Charity may be eager to become grandparents. However, there is no information about Baylee and Kaden planning to have kids anytime soon.

Currently, the couple is focusing on their work and, at the same time, they have been enjoying their married life. It is reported that David and Charity’s son, Drew, is also dating a beautiful girl. However, not much is revealed about her in the media.