These days, we can see many emerging content creators who work with dedication and hard work to entertain us. Likewise, Adam Parkins, aka Ginger Billy, is one country guy who has risen to stardom with the help of his great sense of humor. He is known for his standup comedy tour in South Carolina. Continue reading to learn about your favorite comedian’s wife, net worth, and many more.

Who is Ginger Billy? Real Name and Bio

Ginger Belly is one notable name among Instagram users. He is known as a social media star that is famous for his comedy skills. With his great sense of humor, he has become one of the most viral stars on the platform. The star is now 33 years old as he was born on October 27, 1987. Also, his real name is Adam Parkins. He is mainly known for his backcountry and hillbilly personality. His fan base started to grow as he made jokes based on the day-to-day lives of the American people.

Who is Ginger Billy Wife? Kids

The Instagram star is married to his gorgeous wife, Leah Beasley Parkins. Professionally, she is a registered nurse at Spartanburg Regional. She is from Union, South Carolina, as per her Facebook bio. In addition, she celebrates her birthday on November 23 and might be running somewhere around her mid-thirties.

Nothing is known about when they met and fell in love with each other, but the lovebirds tied their wedding knots on November 16, 2014. Our team came to crack this information with the help of a post-Billy made. On November 16, 2020, he posted a picture of them which captioned, “I want to wish my beautiful, smart, funny wife a Happy sixth Wedding Anniversary! Thank you for being my biggest supporter and loving me through thick and thin! Leah Beasley Parkins.”

The picture alone has more than a thousand likes and flooding comments. Besides, the couple seems to be in seventh heaven even on their 6th year of marriage, and we really hope it remains the same. Furthermore, the comedian, along with his wife Leah, has conceived a son who is now six-year-old. His name is Dale Jr. Jr. According to Adam’s Facebook post, his son was born on December 1, 2014, so he will turn seven in few months. 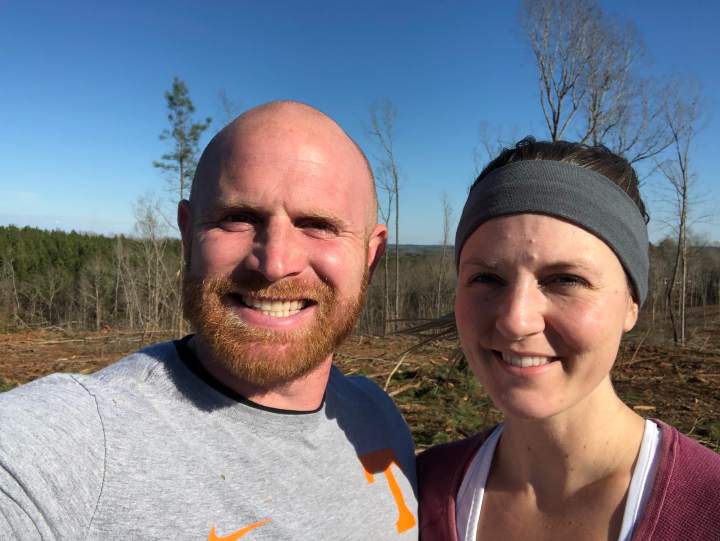 You might be wondering how much a comedian or a social media star makes from their career. If you are, then you need to know that their financial status and worth are no less than any Hollywood actor. You just need to stand out among the crowd and have the courage to showcase your talent to make money.

Likewise, Billy belongs to that group of people who are not afraid to let their talent flow. With his healthy career as a comedian, his net worth is estimated to be between $1 million and $5 million. Moreover, a significant portion of his income comes from his comedy shows and by selling his Merch. Besides, it is reported that he earns $25.27k from each video he posts on YouTube.

Where is Ginger Billy from?

The famous comedian is from Union, South Carolina, the United States. He lives somewhere between Union and Lockhart in South Carolina with his family.

Is Ginger Billy a nurse or a doctor?

Billy is neither a nurse nor a doctor, but he is a retired Respiratory therapist, as per the source. After his retirement, he thought to give comedy a chance in his life. Later, being a native of Upstate South Carolina, he started rural comedy. Surprisingly, he’s doing great in this career, and his viewers immensely love humorous content.

Besides, he had planned that he would go back to his job of helping people breathe after covid-19 would pass. However, he now plans to make a career just as a comedian as he mentions that he makes more money from his making people laugh than he did by the respiratory therapist job.

Ginger Billy is a pet owner

If there’s one more thing that you need to know about your favorite shirtless, tattooed Youtuber. He is a freaking pet lover. If you go through his Facebook posts, you can feel his love for pets. He has few dogs of different breeds, which he considers as his own family. He has even posted about his pet named Tilly, who turned 11-year-old in 2019. Furthermore, he is also a cat person as he poses with a white furry cat on his Instagram account. It might amaze you to witness someone who is both a dog and a cat person, unlike many of us. 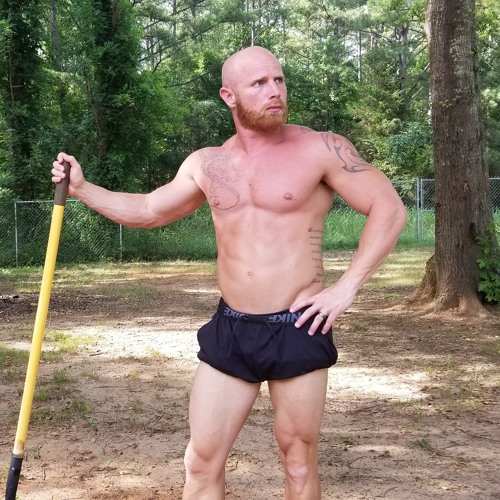 Being a social media star, he obviously needs to be active on every mainstream platform, as it earns him a living. He is on Instagram as comediangingerbilly and has amassed more than 683k followers. Unlike many other struggling content creators, he already has a verified account on Instagram.

The bald man has definitely won millions of hearts. Also, he has colossal 886k subscribers on his YouTube channel with 103,417,785 views until now and 4.4 million followers on his TikTok account. Furthermore, we think that he uses his Facebook account just for his personal use.