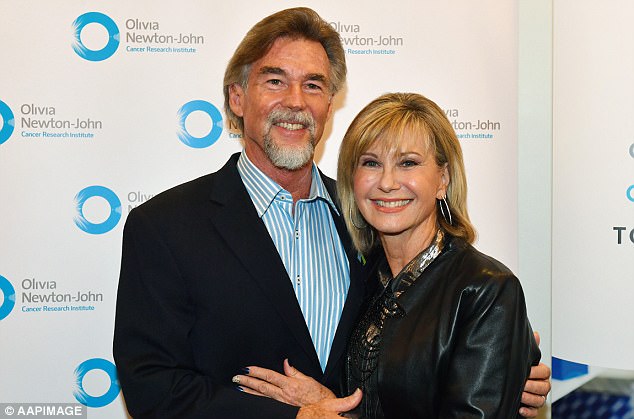 Olivia Newton-John is an Australian-British actress and singer. She is one of the most popular and successful musicians, who has won four Grammys. Moreover, she has two albums that topped the Billboard 200 charts. Olivia is married to her second husband, John Easterling. He is an American businessman and CEO.

Let’s dive right in to know about Olivia Newton John’s husband, John Easterling, including his net worth and age.

Who Is John Easterling? Bio

John Easterling is an entrepreneur, producer, and environmental activist. Besides being the second and current spouse of Olivia Newton-John, he is the CEO and head of the company, ‘Amazon Herb.’ This has earned him the nickname ‘Amazon John.’ John’s work mainly revolves around rainforest sustainability through employing eco-commerce strategies. He is also focused on better health for new generations, as well as the generation of wealth.

Additionally, John is a public speaker whose speeches focus on inspiring modern entrepreneurs. Over the years, his experience in business has made him a role model for young people in the industry. As for his Hollywood career, John has produced several movies and TV projects. John is popularly known for his work on ‘Big River Man’ (2009), ‘Loose Women‘ (2011), and ‘The Bonnie Hunt Show’ (2008).

John is also a caring and supportive husband who enjoys family time with his wife and stepkids. When he is not doing that, he participates in fun adventures.

His Marital Relationship with his wife, Olivia Newton-John

John and Olivia have one of the sweetest Hollywood love stories. The two had their first conversation at an environmental show. This was all thanks to the work of a mutual acquaintance. John was displaying plants during the show; at the time, he was just starting his company.

During the next few years, the two met platonically during charity events and similar occasions. They remained friends for over two decades until a life changing-trip brought the two together.

John was in California giving a talk and stayed in Olivia’s guest house. He stayed there past his initial plan, nursing a lower spine injury. Later, Olivia would invite John to one of her concerts in his hometown of Florida. After hearing her sing, John planned a trip for the two of them to Peru, where they fell in love.

The couple had their first wedding in June of 2008 in Peru. The second wedding happened in Florida’s Jupiter Island that same June. However, the two did not reveal the big news to the public until a 4th of July celebration that same year. They then settled in Jupiter Island.

The two have many shared interests around charity organizations, awareness, conservation, travel, and environmental protection. The public recently saw the two sharing a passionate kiss under the mistletoe in a bid to raise money for colon cancer research.

Olivia and John do not share children. However, Olivia has one daughter from her first marriage to American actor Matt Lattanzi. Their daughter, Chloe Lattanzi, was born in January of 1986 in Los Angeles. Like her mother, she is a performer and musician. Her first single, Wings and a Gun, came out in Japan in October of 2010. 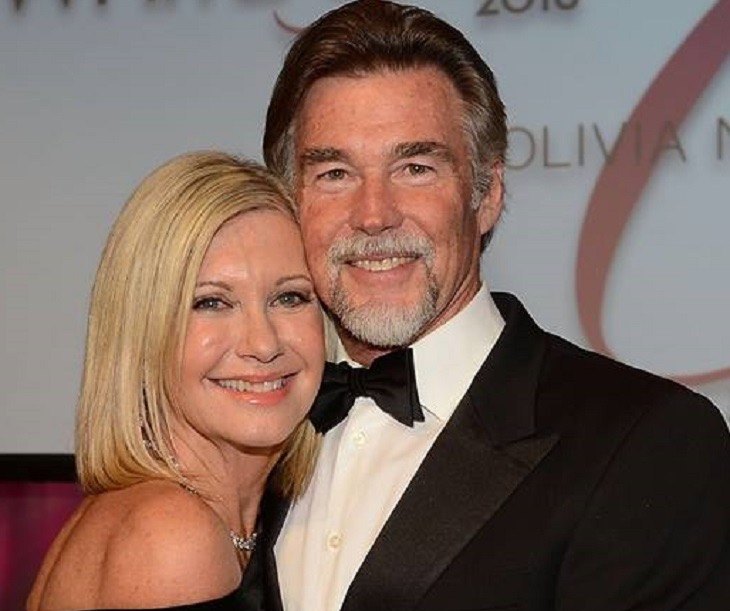 As of 2021, Easterling’s net worth is estimated to be $12 million. John has made a fortune from his prolific business experience. John is a talented entrepreneur with a passion for herbs. He has earned his income through his work as the chairman and CEO of Amazon Herb Company.

Before this, he earned a living through the trading of rare minerals and precious stones. His first foray into excavation uncovered a plethora of Columbus pre-art works and textiles.

How Old Is John Easterling? Date of Birth

John Easterling was born on 10th April 1952. He’ll celebrate his 69th birthday in a few weeks. Olivia Newton’s husband, John, was born and raised in North Carolina, and he later settled in Jupiter, Florida, with Olivia after their wedding. In 1980, after his successful excavation, John was hospitalized with Hepatitis and had a near-death experience, but he luckily recovered.

Not much is known about the parents and early life of John Easterling. However, it is widely known that he graduated from the University of North Carolina, having attained a degree in environmental sciences.

After graduation, John traveled the world before starting his career by joining the Peace Corps. He handed in his notice at the company and flew to South America, where he actively participated in trading minerals and rare stones. This was one of the first sources of income for the entrepreneur.

John finally showed his interest in herbs when he stumbled upon a small village. On his way, he fell ill and fainted on arrival. The villagers used herbal tea to treat him. When he recuperated, he began working with amazon herbs research scientist Dr. Nicole Maxwell. Finally, in 1990, he started his company Amazon Herb and ventured into Hollywood film production.

In October of 2011, John and his wife Olivia were awarded the SAFE Water Award. It was due to their efforts to preserve the purity of the amazon. Later in October of 2012, the couple received the ACEER Legacy Award for their joined efforts to protect the Amazon forests and support environmental protection activities.

John Easterling has an active social media presence, including an Instagram account with over 3K followers. His accounts focus on posts about his passion for herbs, as well as conservation efforts. John also uses his social media presence to raise awareness about the different causes he supports and participates in. He also shares lovely pictures of him and his wife.