Marita Stavrou is an American Actress and Model who began her acting career in the ’80s. She was born on 20th November 1965, meaning that she is presently 56. Her most notable movies include ‘Family Matters,’ ‘Strictly Business,’ and ‘Dinner Rush.’

She came into the limelight after tying the knot with Legend basketball star Reggie Miller. Marita and her ex-husband, Miller, were born in the same year.

Moreover, Marita made headlines during their divorce proceedings, which many outlets described as a battleground. Get to know more about Marita’s Marriage, Divorce, family, and Wiki bio.

Marita got married to Reggie Miller in August 1992. Miller was a professional basketballer at the National Basketball Association (NBA) for 18 years. He played with Indiana Pacers throughout his career.

Magic Johnson, a former basketball player for The Lakers, introduced Marita to Reggie. Marita and Reggie were blessed with two children. The marriage only lasted eight years before the two decided to separate.

Stavrou wanted to pursue her acting career in Hollywood, Los Angeles, California, while Miller, on the other hand, bought a $3 Million house in Indianapolis.

He wanted the family to move and settle there. Unfortunately, the Indianapolis mansion burnt down even before they moved in.

There were unconfirmed rumors that Marita might have caused the fire since she did not want to move there. In 2000 the couple separated and began their divorce process.

The divorce proceedings became very dramatic. Marita accused Reggie of deflating his total net worth to give her less money for the settlement.

After the tussle and scuffle, Stavrou walked away with more than $5 million. The divorce was finalized just a day before Miller signed a $36 million contract with Indiana Pacers. Marita would have gotten more than what she got if the divorce had been finalized later. 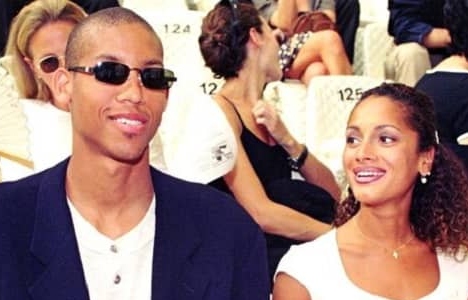 Marita’s only known family members are her two children, from her marriage with Reggie Miller, a daughter and a son whose names are unknown.

There is no information available concerning her parents and siblings. Her ex-in-laws, Reggie Miller’s parents, are Carrie Miller and Saul Miller.