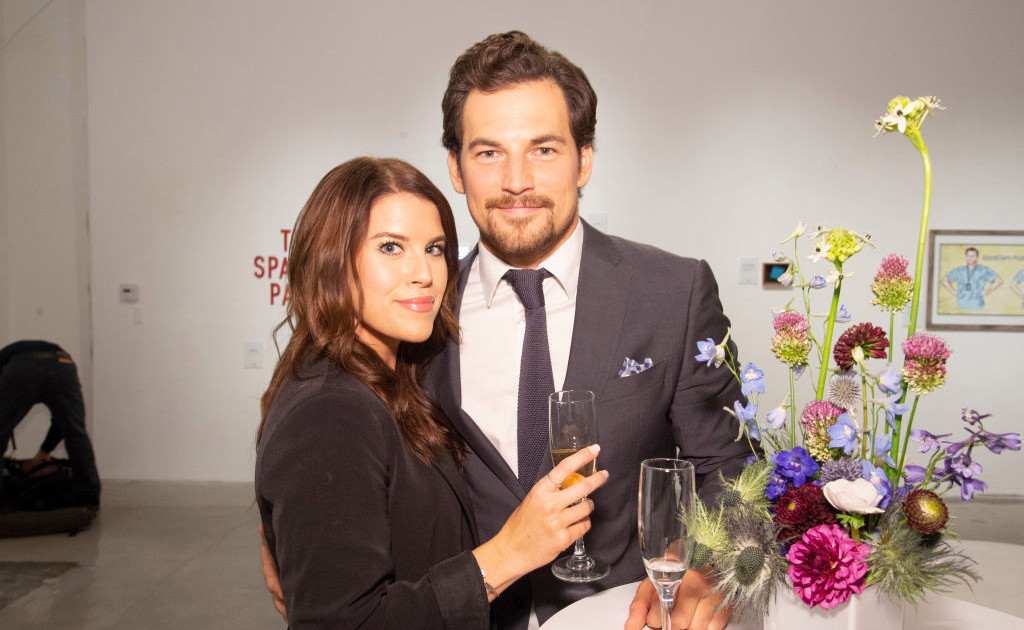 Giacomo Gianniotti has not only drawn the attention of his fans by his acting skills but also by his romantic life details. His fans are going crazy after he announced his togetherness with Nichole Gustafson. They seem to be equally concerned about his wife and her background. Henceforth, here are some exclusive facts about her, like her age and career details that you would love to read.

How old is Nichole Gustafson? Age and Birthday

Apart from being a celebrity wife, Nichole has also made herself a name in the industry. She is a popularly known makeup artist and a beauty trainer. The name and fame she has obtained are not an independent result of her career but also as an actor’s wife. She lacks a well-defined Wikipedia profile of her own; nonetheless, her husband has been featured in one. On the bright side, she does have an IMDb profile that has featured her credits as a makeup artist in filmography. Also, she has been featured on many wiki-bio pages for being the celebrity wife.

So far as we are concerned about her career, she has set herself as a successful freelancer. She specializes in bridal and media makeup. Her enthusiasm for makeup and beauty has led her to work with several high-profile Hollywood stars. She was also a cosmetic trainer at popular cosmetic brands like Urban Decay and Smashbox. You can go check out her LinkedIn for more details of her career background.

Nichole Gustafson is married to her husband, Giacomo Gianniotti

Nichole and Giacomo took their wedding oaths in 2019. However, they first met in late 2015 on a photoshoot in Beverly Hills. The actor was shooting for an Italian magazine, and she was his makeup artist and hairdresser. What a destined encounter, we must say. Furthermore, in the crowd of Italians, she was the only American. In fact, she did not know much about Giacomo except for his appearance on the TV show Greys Anatomy. As they met in the shooting set, they instantly got along and fell for each other.

Furthermore, the couple got engaged on November 25, 2017, on the day of Thanksgiving. The actor proposed to her, and she instantly said yes. They even showed off their kissing pictures on social media sites. The lovebirds finally tied their wedding knots on April 28, 2019. Their wedding took place in the opulent Villa Pocci in Rome, Italy, in front of their friends and family. They had a dreamy wedding ceremony decorated with flowers and lights. 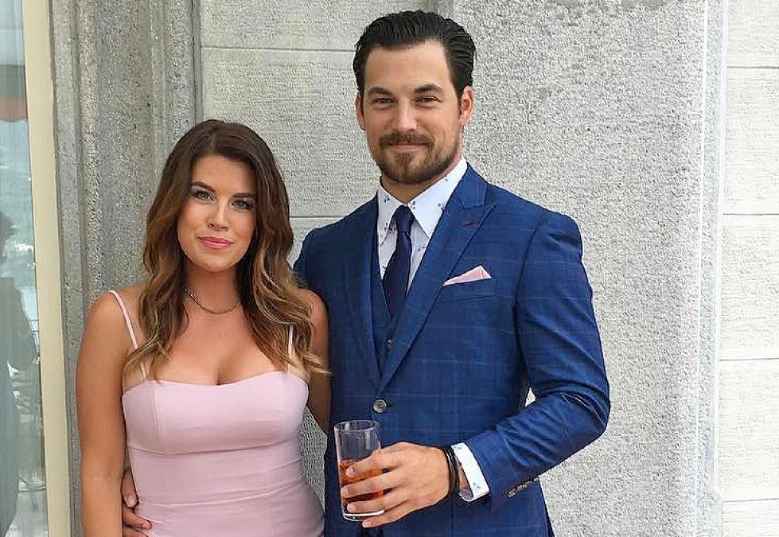 Makeup artist and a beauty trainer, Nichole Gustafson and her husband, Giacomo Gianniotti

Gustafson’s husband Giacomo is a prominent Italian actor known for some of his incredible works. He has played in Television series like Grey’s Anatomy, Reign, Murdoch Mysteries, and many more. According to his IMDb, he has more than twenty-four credits as an actor and three credits as a producer. His latest project is Luca 2021. Similarly, he had been portraying the role of Dr. Andrew DeLuca in Grey’s Anatomy for the past six years, from 2015-2021. The actor is multi-lingual and has featured in both Italian and Canadian films. The first film he appeared in was Giulio Base’s feature film shot in the Cinecitta film studio in Rome.

Furthermore, he guest-starred in an Italian TV Series Medicina Generale in the year 2010. Following the love and fame he gained from the series, he appeared on Beauty & the Beast and Copper. No matter how many films and series he appears in, he receives the most love for his role in the series Grey’s Anatomy.

The freelancer makeup artist has not revealed her financial status in the mainstream media. She doesn’t want her professional earnings to be in the public eye. On the other hand, her spouse’s net worth is between $ 800,000 and $1 million. He accumulated the sum from his career as an actor and no doubt is living a blissful life with his wife.

Nichole is on Instagram with the username nichole_gianniotti. She has a massive fan following on 44.2k followers, and she pretty well engages her fans by posting about her work, family, and husband. She has also provided a link to her website on her Instagram bio.