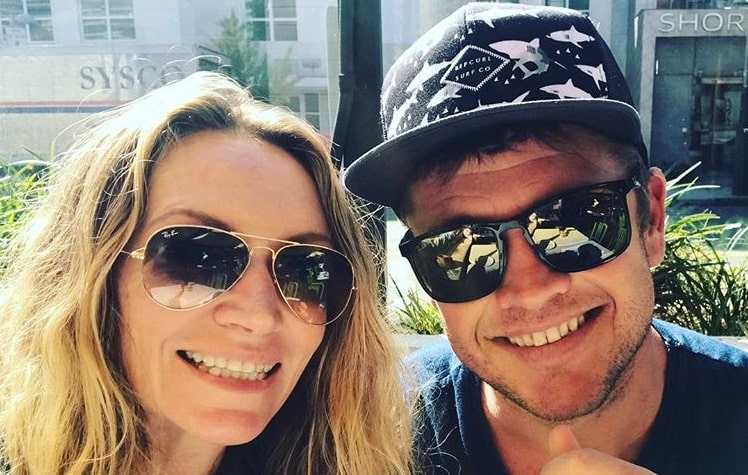 Samantha Hemsworth is from a family whose fame is intertwined with their surname. She became a member of such a family after she married Luke Hemsworth, one of the Hemsworth brothers. While many of us know every small detail about the Westworld actor, his wife Samantha seems to be a bit farther from the spotlight. The pair has been married for more than a decade, but much less about his wife. So, in this article, we explore her age and biography.

Samantha Hemsworth, who turned into a public figure after marrying Luke Hemsworth, is currently 40 years of age. She was born on August 14, 1980, in Canberra, Australia; hence, she is Australian. She was raised up by an architect mother and an interior designer father. With this, we can get a hint that she comes from literate family background. Her parents raised her and her sister in Canberra and provided them a modest childhood. While coming to her academicals, she completed her high school in 1998 and pursued her Bachelor’s degree in Arts.

While every one of us knows that Samantha and Luke Hemsworth are blissfully married, let’s take a closer look at their relationship. They met for the first time in 2004 at a party, where a mutual friend introduced them. They got along right away and started seeing each other after a month. Furthermore, the love birds stayed in a relationship for almost three years and decided to take a step further.

On December 15, 2007, they took their wedding vows in an intimate ceremony consisting of their friends and family. Since then, the pair has stuck by each other through thick and thin, just like they vowed. 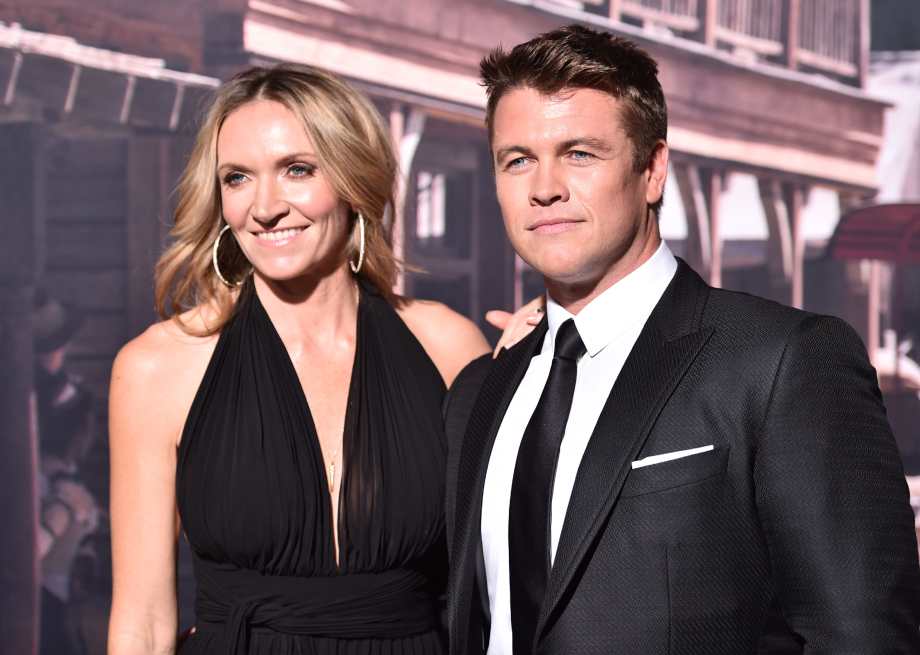 The couple brought their first child into their lives two years after their marriage, expanding their family of two to three. Their daughter was born in 2009, and they named her Holly. In addition, they welcomed their second daughter named Ella, just after a year in 2010. Again, Harper Rose, their third daughter, was born in 2012, and Alexandre, their son, was born in 2013.

The two-parent family grew into a complete family of six, and now we can frequently see them together at red carpet events.

A famous television actor, Luke Hemsworth, and his wife Samantha Hemsworth with their kids.

As we all know, Luke Hemsworth is a famous television actor. However, many of us do not know about his career details. He first hopped into the acting industry after he trained himself at the National Institute of Dramatic Arts. His first acting debut was in the daytime soap, Neighbors where he played the role of Nathan Tyson.

Following that, he got chances to appear in shows like Blue Heelers, All Saints, Satisfaction, Last Man Standing, and The Saddle Club. However, his most acclaimed work was in his brother Chris Hemsworth’s movie named Thor: Ragnarok. Apart from this, he is also famous for his appearance in his first movie, The Anomaly.

Furthermore, his most recent projects are Young Rock, where he played the role of Coach Erickson and Asking for It, where he played Vernon. Three of his projects, Thor: Love and Thunder, Bosch & Rockit, and Recoil are still under production will be out in 2021/2022.

With 33 acting credits under his name, he has amassed a net worth of $4 million.

Samantha has kept her beauty in good shape even at the age of forty. She stands at an excellent height of 5 feet 9 inches and weighs just about 59 kg. Unfortunately, her body measurements have never been recorded, but she appears fit and has attractive body features.

While we don’t know what she does for a living, we do know that she has a few specific interests and hobbies in her life. She loves lying at the beach and getting a suntan in the summer season. She also enjoys swimming and surfing, albeit she is not a highly skilled surfer. Luke’s wife is also fond of colors and relates this with her fondness for the autumn season. Furthermore, she is also an animal lover and has been part of different charity events. She also supports an organization named People for the Ethical Treatment of Animals (PETA).

The celebrity wife is on Instagram with more than 16.6k followers, and she usually posts pictures with her husband and children. On December 15, 2020, she posted a picture with her husband and wrote, “13 years married to this incredible human @hemsworthluke. Let’s keep laughing, loving, saving wildlife and living our best lives #happyanniversary #love #bestperson“.