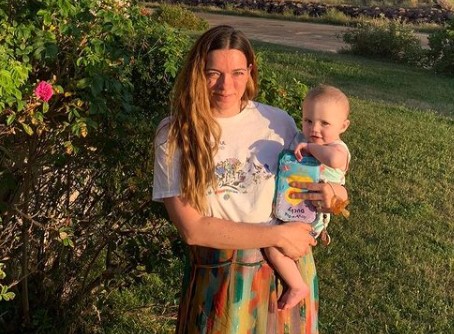 Trish Spencer maybe a new name for many of you, although you might have heard the name Matty Matheson. Matty is a famous Canadian Chef, and Trish is his wife. She came into the limelight after getting married to a celebrity chef.

Trish was born and grown up in New Brunswick, Canada. Her real name is Patricia Spencer. She became famous for marrying a popular professional chef, Matty Matheson. We can assume her to be in her 30s as she has not made her date of the birth public.

Apart from being the wife of Matty, Trish is also an entrepreneur. She co-owns and runs a bridal shop in Ontario, Canada.

She enjoys being an entrepreneur, wife of a celebrity chef, and a mother of two kids.

Trish Spencer is Married to her husband, Matty Matheson.

Trish Spencer is married to Matty Matheson. The couple was in a dating relationship since their teenage days. It was a long relationship that they turned into married life in 2014. Although the couple is not open about their personal lives, we can tell that they love each other more than anything. 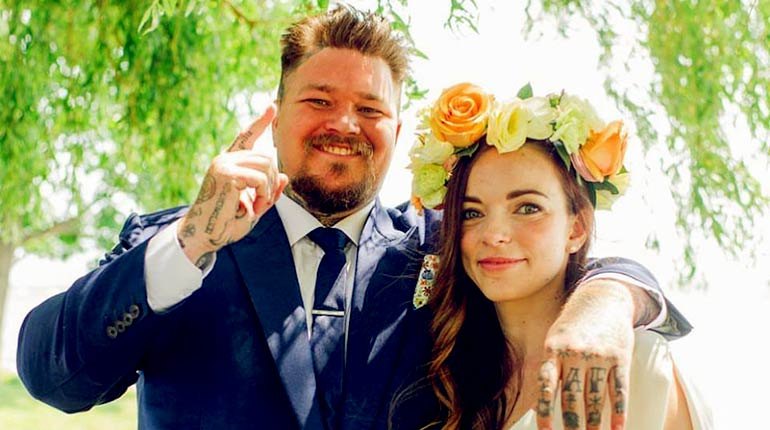 Since they knew each other from their childhood days, we can guess that they must have lived in a neighborhood and gone to the same school.

They turned their 14 years of dating life into a marriage. The seed of love they sowed in their school days blossomed into beautiful love and a happily married life with three children.

While Trish keeps quiet about their relationship, Matty occasionally posts about it on social media. In one of his IG posts, he has mentioned that he is grateful for having Trish as his wife. He has praised her for being there for him all the time.

Matty Matheson has been through all that life has to give him. He faced a heart attack that threatened his life when he was 29. He was leading an unhealthy lifestyle back then and also got involved in drug abuse. Trish has firmly and strongly stood by his side throughout all these moments of his life. She had been his strength to battle the downs in his life. He survived the heart attack and decided to live a healthy lifestyle.

The couple has been blessed with three beautiful kids after they got married. Two years after their marriage, Trish gave birth to their first child, a son, in 2016, who they named MacArthur Myer Matheson.

While MacArthur was growing, the couple had another baby in 2018 as a daughter. They named her Rizzo Luis Matheson. Although 2020 was an uncertain year because of the coronavirus pandemic, the couple had great news. They welcomed their third child in October 2020 and named her Ozzy Dorothea Matheson.

The two have expanded their family into a beautiful family of five. While the couple is enjoying their married life, they are playing their role as parents as well. 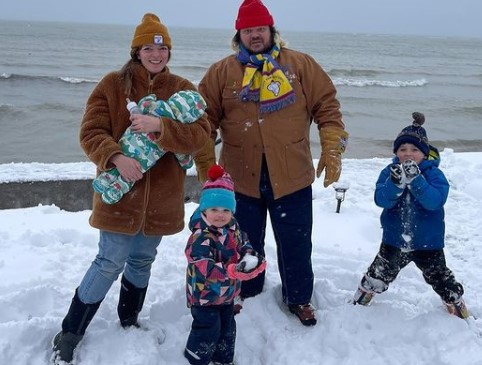 The wife of a famous Canadian Chef Matty Matheson, Trish Spencer, and their kids

As an entrepreneur running a bridal shop, Matty Matheson’s wife Trish must be earning quite good money. However, her total net worth is not available as of now. But we can assume that she sells bridal essentials like gowns and jewelry for an expensive price.

Apart from her income, Trish also enjoys the earnings of her celebrity chef husband. Matty makes a hefty amount of money from his YouTube Channel, Cookbooks, TV shows, and his profession as a chef. His net worth is $3 Million.

Matty is quite active on Instagram, where he shares stories and posts about his professional and personal life. But Trish seems to be in a low on social media.

Looking at their personal and professional life, the couple has a beautiful life. Their personal life is full of love, care, dedication, and a strong bond as a family. Although they got married in 2014, they have known each other for over 20 years now.

Both of them are successful professionals. Matty enjoys his successful career as a professional chef, cookbook author, and YouTuber. He has earned fame and money from the profession that he loves.

Although this article is basically about Matty Matheson’s wife, it will be interesting to know what Matty does that made him a celebrity.

Now that we know Matty is a celebrity chef in Canada. He has done so much to reach the place where he is now. It was his passion to become a chef from a young age.

He studied culinary arts and worked as a chef before starting his restaurant.

Apart from cooking, he also loves to share the recipe with others. He has written cookbooks and also has a podcast.

The chef has also appeared in a television series and started his pop-up restaurants.

He has accomplished so much to reach the stage where he is now. 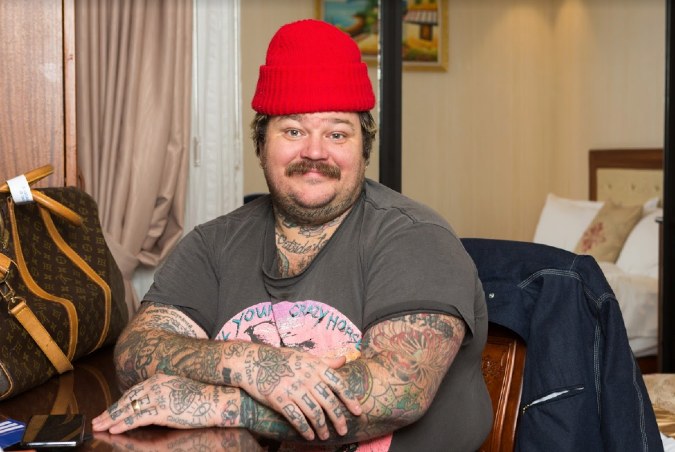 As the saying goes,

‘There is a woman behind every successful man’

Matty Matheson’s wife, Trish Spenser, has been by his side all the time. He has admitted on different occasions that his wife has been his inspiration and strength to reach this place in his life today.